Ganuz (Ganuzovitch) Yitzhak was born on 9.1.1927 in the town of Lida, Belarus, which between the two world wars was a part of Poland. He went to the “Tarbut” school. His father was arrested by the NKVD for his Zionistic activity and disappeared forever. His mother and her three children were expelled to Siberia to work in force labor cutting woods and building railroads. He immigrated to Israel by the “Exodus” ship and served as a member of the Leading Secretariat of the “Ocean Vigour” exile ship. He was sent back to Germany together with the youth group he had set up for immigration to Israel, and together with his mother, sister and brother. He immigrated to Israel in 1948 with the foreign enlistment volunteer youth group "GAHAL" by the Teti ship and fought in the Liberation War. He was a student of Hebrew literature and Jewish history at the Bar-Ilan University, a member of the Hebrew Writers Association, World Association for Judaism Sciences, a teacher of the Yiddish language and literature at the Bar-Ilan University and Lewinsky College. He published stories, poetry, folklore studies, critical articles in various journals starting from 1954. A researcher of folklore, 1648-1649 pogroms, Holocaust, Family Names in Israel, Jewish town wedding, child folklore, Chafetz Chayim's fables, Slavic proverbs, Aliyot-Nesiot to Erets Israel, folklore motives in the works by Shai Agnon and Bashevis-Singer; he also wrote about the Old Testament translation to Yehuash in Yiddish and more. His first publication was the story “Zosia Zehava” which appeared in the Mevoot journal. The bibliography of his writings was published in “Yeda Am”, volumes 28-29, 2003. 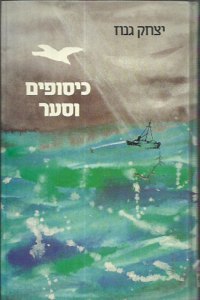